Kevin Miller
WHO IS KEVIN MILLER?

Kevin circa 1978
Raised on a farm just outside of Foam Lake, Saskatchewan, Kevin went off into the world and fulfilled many of his childhood dreams, which included working in the film business as a screenwriter, director, producer, and film editor and also establishing himself as a freelance writer and editor in the world of book publishing. Over the years, Kevin has worked on over a dozen films, including documentaries, feature films, and short film projects (he's Kevin Miller XI on imdb.com) and over a 250 books, both fiction and non-fiction, many of which he edited. Some of his editing clients include William B. Davis, the "Cigarette Smoking Man" from The X-Files, Hollywood storyboard artist Doug Brode, Spencer Tillman of Fox Sports, and Steve Babb, co-founder of the progressive rock band Glass Hammer. As for his own work, Kevin's best-selling debut novel Up the Creek! has sold over 50,000 copies and has topped Amazon.com's Canadian literature chart for over 17 weeks.
See some of the books kevin has edited 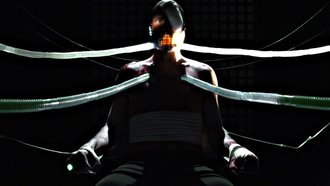 Kevin as Lex Luthor on " Smallville."
​Kevin's career has taken him all over the planet, from the secret underground world beneath Moscow to the Brazilian rainforest. He's snorkelled with sharks in the Galapagos, interviewed war criminals in a fly-infested market in Sierra Leone, traveled across Europe with Ben Stein, shaken hands with Chuck Norris (he's still smarting from that encounter), and done chin-ups in Kirk Cameron's bedroom. Along the way, he even got to play one of the most iconic comic book villains of all time, Lex Luthor, in an episode of the TV series Smallville. ​

In addition to his work in film and publishing, Kevin has taught extensively, conducting writing classes and workshops in schools, colleges, and at conferences across Canada and the US as well as in the UK and Australia. He also founded the screenwriting community on Reddit, which now has over 1.6 million members.
Schedule a writing workshop or author visit with kevin 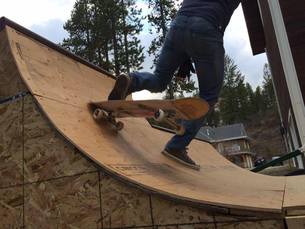 When he's not working, Kevin  enjoys skateboarding, skiing, hockey, fishing, hiking, cutting, splitting, and stacking firewood (yes, he actually enjoys doing that), playing guitar (Metal!) and watching movies and NFL football. But sometimes these activities can be a little hazardous. Over the past four years he has given himself a concussion, broken his thumb and his nose, cracked a couple of ribs, separated his shoulder, and left about as much skin in the skatepark as he currently wears on the outside of his body. 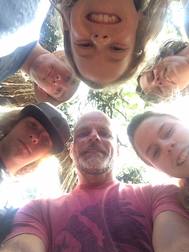 Kevin and his wife, Heidi, have four children--Huw, Gretchen, Zeph, and Lark. Kevin never imagined he would ever get married or have kids. Now he can't imagine life without them. They all live together in a big brown house in Kimberley, BC, a small resort community just west of the Rocky Mountains.